Tioga-Sequoia Brewing Company was founded in 2007 with a mission of producing world class beers that could bring awareness and resources to the preservation of the Southern Sierra Nevada Mountains in California. In 2010 we planted our flag in Downtown Fresno, CA and decided to take our journey of becoming the San Joaquin Valley’s local brewery a step further. Our beer and brands reflect the greatness of the region we brew in. We highlight the beauty of the Southern Sierras that run along the Eastern side of the San Joaquin Valley that include landmarks such as Yosemite National Park, Sierra National Forest, Sequoia National Park, Kings Canyon National Park, and Sequoia National Forest. We also integrate and feature local flavor, creativity, and culture in our products to give our valley residents a sense of pride in what they drink and support.

Our award-winning Brewmaster, Kevin Cox, has been spent over 20 years in the brewing industry. He began his career as a cellar master/production manager for Heitz Wine Cellars in the Napa Valley from 1979-1989. He then moved to Fresno to help in the founding of Butterfield Brewing Company, a San Joaquin Valley favorite for many years. Butterfields Brewing Company evolved into Sequoia Brewing Co in 2003 and during his tenure with both breweries he won five gold medals at the Great American Beer Festival in Denver, Colorado, as well as numerous regional and State awards. In 2010 Kevin became head brewmaster at Tioga-Sequoia Brewing Co. and helped to build our current downtown brewery.

All Tioga-Sequoia products are brewed in downtown Fresno, California. We recently renovated our grain warehouse to become a tasting room in a Beer Garden style fashion. Our hope is that the #TSBeerGarden will bring new life to our city’s downtown with an outdoor venue that provides a unique variety of fresh, local craft beer with an urban atmosphere. We host numerous types of events monthly that include live music, art shows, and food trucks. The Beer Garden has regular hours for onsite consumption with bottles, kegs and growlers to go.

We produce innovative craft beer from fresh ideas that brings awareness and resources to the Southern Sierra Nevada Mountains.
Every time you purchase one of our hand-crafted beers you are helping us give back to these following organizations. 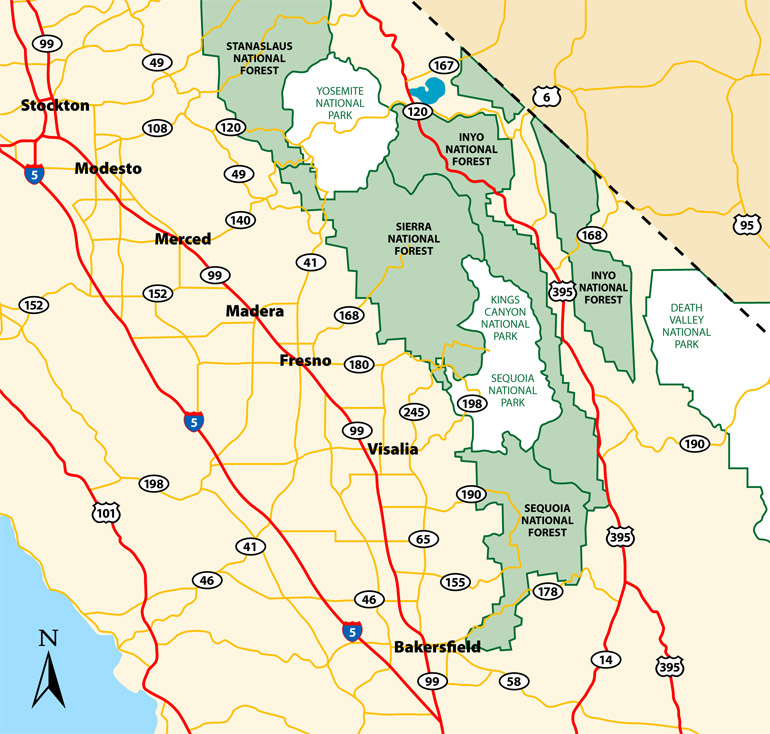